The son of Mexican immigrants and one of seven children, Elias Provencio-Vasquez was the first in his family to graduate from college. Stepping out of his comfort zone and becoming “the first” would emerge as a theme in his life. He became the first Latino male to earn a doctorate in nursing and head a nursing school in the United States. Early hospital jobs – one in a hospital kitchen, one in an ER – ignited his passion for nursing

Despite obstacles as a minority male nurse in the 1970s and ‘80s, he excelled, making a name in women’s health and pediatric and neonatal medicine. During his career, he has served as a clinical nurse, a nurse researcher, a nurse educator, school administrator, and a pediatric and neonatal nurse practitioner. He is internationally renowned for his pioneering work in neonatal and pediatric care and in women’s health.

His background makes him uniquely qualified to lead a revolutionary program like CU Nursing, which is known for inventing the Nurse Practitioner, and contributing professionally to the lives of 10 American Academy of Nursing Living Legends.

CU Nursing leads by example, surpassing the national average of male nursing candidates in its programs (15% undergraduate and 13% in graduate programs). Only about 9% of nurses currently in the field are men.

Get to Know: Elias Provencio Vasquez

Discover more about the Dean and how CU Nursing is boldly transforming health. 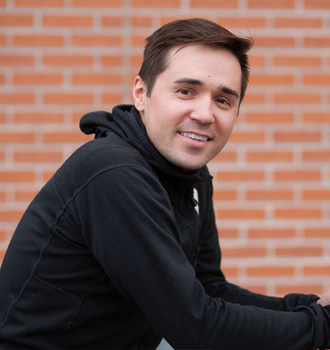 Ski patroller. Firefighter. Nurse
For more than a decade, Chris Heftka resisted becoming a nurse. After years as a ski patroller and a stint as a firefighter, he made the decision to switch to a nursing career. The turning point came when his father was diagnosed with stage IV pancreatic cancer. Because of the seriousness of the diagnosis, the family chose to care for him at home and Heftka and his mother became his primary caregivers until his death. “The idea of nursing really got in my head.” He recently graduated from CU Nursing’s accelerated program and plans on moving to the Western Slope to practice. 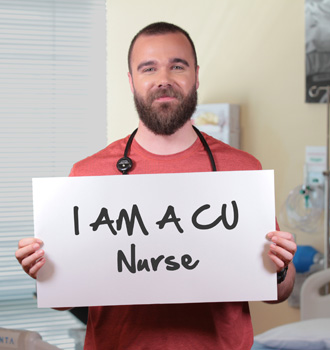 Pediatric emergency nurse, Children’s Hospital of Colorado
After a lucrative career in sales, Ben Phillips decided a change was in order. He was looking for something that would be challenging, and more importantly rewarding. Nursing fit the bill. Working as an EMT prior to nursing school helped solidify his decision to pursue nursing. As a pediatric emergency nurse at a top Children’s Hospital in Colorado, Phillips sees nursing as “that perfect mix of purpose, compassion and critical thinking. There are days that are challenging, but the reward is so sweet.” 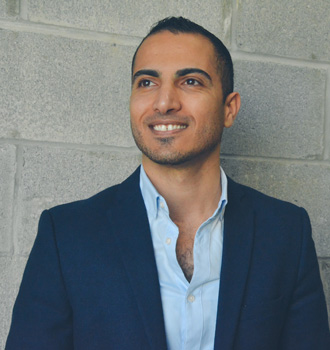 Director for US Representative Jason Crow and former transplant nurse
Before emigrating from Iraq to the United States and settling in Arapahoe County, Alshadood worked with US forces as a translator during efforts to rebuild the Iraqi government. After arriving in Colorado, Alshadood founded the nonprofit DRIVE Project, an organizing and advocacy group that works with refugee and immigrant communities. He became a US citizen in 2014, attended and graduated from CUY Nursing in 2016 with a BS, and worked as a transplant medicine nurse after graduation. His advocacy for underserved populations led him to a career in politics. He serves as Congressional District Director for US Representative Jason Crow.