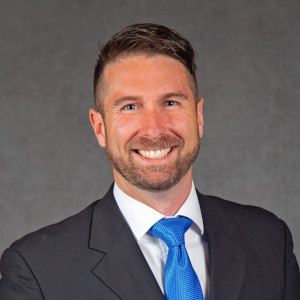 Scott Harpin joined the CU College of Nursing as an assistant professor in 2011, and holds an affiliate faculty position in the Colorado School of Public Health. Harpin received dual masters degrees and PhD from the University of Minnesota and hold the advanced public health nursing certification from ANCC. He was awarded “Fellow” status in the Society of Adolescent Health and Medicine in 2015. His research focuses on the health outcomes and mental health promotion of vulnerable adolescent and young-adult populations, specifically runaway/homeless youth and those transitioning out of foster care. Areas of teaching include epidemiology, health promotion, nursing research, and public health nursing.

Harpin has worked as an advanced-practice public health nurse since the early 2000s. His long-time practice was at St. Joseph’s Home for Children in Minneapolis, which served as the central intake site for children entering the Hennepin County Child Protection System. Since joining the faculty at CU, Harpin has partnered with Urban Peak (Denver, CO) to investigate health utilization patterns of homeless youth and the effectiveness of a tailored screening and brief intervention for newly homeless youth. His research expertise extends to secondary data analyses of datasets, as well as using mixed methods for exploratory research to understand marginalized public health populations.

Harpin is the co-director of the DNP/MPH “Dual Degree” and DNP-PHN programs in the College of Nursing. He also serves as co-chair of the Colorado Child Fatality Review Team (Governor’s appointment), is a College of Nursing representative to the CU Community-Campus Partnership Initiative, and volunteers with the Rocky Mountain Medical Reserve Corps. He lives with his wife and 2 daughters in southeast Denver.

4-12-2022: Grand Rounds Grand Rounds: The Value of Evidence During the Time of Global Pandemic
7-20-2020: Grand Rounds COVID-19 Hot Topics
4-16-2020: Denver 7 As states call for people to wear cloth masks, some love the idea others are hesitant
3-30-2020: Working with the Colorado Emergency Operations Center surge planning to consult on workforce needs. He developed helpful videos for the public at-large to help respond to Covid-19 while at home.