It is remarkable that the CU College of Nursing has been instrumental in the careers of so many Living Legends. Of hundreds of thousands of nurses in the country, and only 126* recognized by the American Academy of Nursing with this distinguished title, to have our college connected with 10 of them is truly inspiring. I am honored to build on this history of achievement as I lead the college into its next chapter.

The CU College of Nursing holds a long and storied history of excellence in nursing education. The college has not only brought visionary leadership to the nursing profession, but impacted the careers of many aspiring nurses who have gone on to make an impact in the field. Honored by the American Academy of Nursing for their extraordinary contributions to the profession, sustained over the course of their careers, these Living Legends represent just a handful of many nursing leaders who have influenced nursing practice at CU and beyond.

It was the mid-’60s when Loretta Ford, BS ’49, MS ’51, EdD ’61, CU alumna and nursing faculty member, forever changed the practice of nursing through the creation of the world’s first pediatric nurse practitioner program.

In the early 2000s, Colleen J. Goode, PhD, RN, FAAN, and her team at UCHealth University of Colorado Hospital (UCH) launched the country’s first post-baccalaureate nurse residency program for new nursing graduates in partnership with the CU College of Nursing and then-dean Pat Moritz, RN, PhD, FAAN. UCH and CU Nursing were one of six hospital/nursing college partnerships that initiated the program.

What these nursing leaders have in common is a pioneering spirit, a visionary approach to health and medicine, and a commitment to investing in the future. They are three of 10 Living Legends with CU connections as either alumni or faculty, recognized by the American Academy of Nursing for extraordinary contributions to the profession and society sustained over the course of their careers. There have been only 126 Living Legends named since 1994, and CU Nursing is proud to have 10. 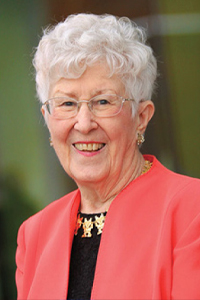 In collaboration with Henry Silver, MD, a pediatrician and colleague, Dr. Ford designed and implemented a nurse practitioner program at CU Nursing, which celebrated its 50th anniversary in 2015. Their work expanded nurses’ roles in healthcare delivery, leading to rapid expansion of a profession that now boasts nearly 270,000 nurse practitioners who are connected to virtually every aspect of healthcare — practicing autonomously or working as clinicians in hospitals, long-term care facilities and healthcare agencies. At CU Nursing, Dr. Ford has furthered her impact by supporting nurse practitioner education through the Loretta C. Ford Nurse Practitioner Endowed Professorship. 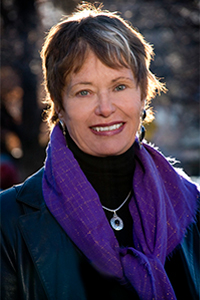 Giving a Framework to Nursing Practice

In diverse settings worldwide, physicians, hospital staff, nurses and patients have adopted Dr. Watson’s Theory of Human Caring, a framework for healing practices. The theory provides a unique set of principles for nursing practice, including preserving patients’ dignity, accepting their positive and negative feelings, and co-creating a healing environment. One of the largest healthcare delivery systems, Kaiser Permanente, has been implementing Dr. Watson’s theory in California for more than seven years. Dr. Watson held the country’s first endowed chair in caring science at CU Nursing, where she is a distinguished professor and dean emerita. There, she also generously supports caring science educational programs. 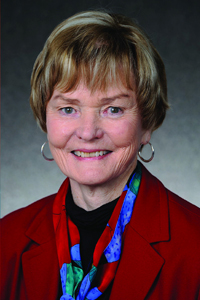 Dr. Goode is known for setting high standards in patient care, training and mentoring new nurses, and charting paths for future nurse managers and administers alike. Because of the nurse residency program, designed by Dr. Goode and her team, future nursing leaders receive the preparation and foundation they need to enter clinical practice. Dr. Goode’s work paved the way for the residency program’s national accreditation and a Magnet designation for excellence in nursing and patient care at UCH. Today, more than 60 hospitals are using the residency program’s evidence-based curriculum. Dr. Goode is carrying forward her legacy by philanthropically supporting scholarships and graduate student research at CU Nursing through the Dr. Colleen Goode Fund for Nursing Research and Evidence-Based Practice Projects.

Drs. Ford, Watson and Goode are luminaries in their field – brilliant nursing leaders who have transformed nursing practice, blazed trails for future generations of nursing professionals, and made a positive difference for countless patients and their families. Their legacies live on through the many lives touched by their generosity, creativity and care.

The following nursing leaders have been honored as Living Legends during their lifetimes, for their important contributions to the field of nursing, as well as for shaping the nursing profession.

Madeleine Leininger, PhD, RN, CTN, LHD, DS, PhDNSc, FAAN** Awarded 1998 Dr. Leininger held faculty positions at the University of Cincinnati and CU. She developed the Transcultural Nursing Theory, which is an integral part of how nurses practice in the healthcare field today.

Carrie B. Lenburg, EdD, RN, FAAN, ANEF Awarded 2007 Dr. Lenburg is a nursing educator and researcher with a focus on developing outcome measurement tools, and a passion for helping nurses attain their educational and professional goals. She served as a nursing education consultant at the University of Colorado Health Sciences Center.

Muriel A. Poulin, EdD, MSN, RN, FAAN Awarded 2012 Throughout her career, Dr. Poulin (MSN ’60), held numerous nursing leadership roles in the U.S. and abroad. Her many achievements include establishing the first master’s program in nursing in Spain after serving as a Fulbright Scholar at the University of Barcelona.

Rozella Schlotfeldt, PhD, RN, FAAN** Awarded 1995 Dr. Schlotfeldt served as assistant professor at the CU College of Nursing. She held a leadership position at Case Western Reserve University and served on a task force to create the 1964 Nurse Training Act, which increased funding for nursing education.

*Since 1994, AAN has been recognizing select nurses as Living Legends in honor of their extraordinary contributions to the nursing profession, sustained over the course of their careers.