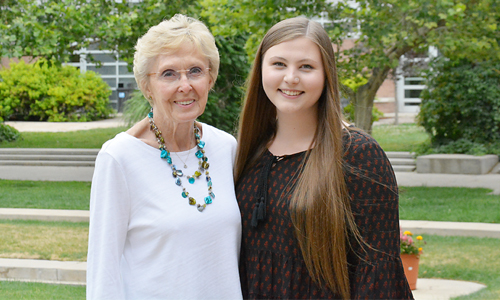 For Iris Heidenfelder, nursing is in her blood. Her maternal grandmother, Katherine Peterson (now known as Katherine Enloe-Miller), was a diploma nurse and graduated from the Mercy Hospital Program in the 1960s. Encouraged by a physician, Enloe-Miller applied twice to the University of Colorado School of Nursing’s Nurse Practitioner program and graduated in 1971.

“Medicine was a closed club then, but eventually the physicians started to accept me,” Enloe-Miller recalled. During her career, she even taught medical school residents and was a faculty member at CU School of Medicine. In 2006, she retired, but the lure of nursing drew her back.  “I failed retirement, so six months later I went back and worked in mental health nursing,” said Enloe-Miller. 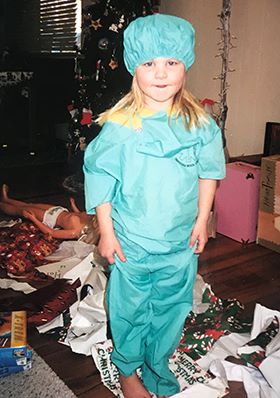 
In addition to her grandmother being a nurse, Heidenfelder's mother is a medical transcriptionist. So, medicine has been a fixture in her life. “Ever since I can remember, I wanted to do something in health care,” said Heidenfelder. In fact, she got her first set of scrubs at the age of 5 and practiced on stuffed animals. Her family called her “Dr. Season.”

“CU was the only school I wanted. I wanted to come here so bad,” said Heidenfelder. “It’s true that my grandmother influenced me. She has such a passion for what she does, but it’s the incredible history of the College that is also part of the draw. The research is amazing, and the reputation speaks for itself.”

Heidenfelder’s enthusiasm is contagious. “At CU, all the things I was waiting to learn about I’m learning now." Moreover, for Enloe-Miller, the thrill of seeing her granddaughter inducted as a student into the program was a moment she will never forget. “I was so proud,” said Enloe-Miller.
Categories: College of Nursing |